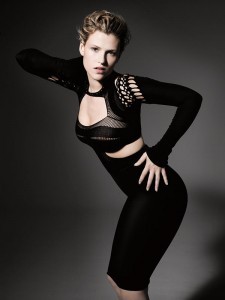 So Janet Street Porter having a bit of a not unreasonable rant online today. I’m in full agreement with her. The average British woman is a size 16 yet she is not catered for amongst the rails of designer offerings.
When I have spoken to designers about this very matter, they have talked about UK size 16 not being required by their customers. Even being left on the rails when they have made them. Women who enter the hallowed portals of these fashion luvvies apparently only want 12s maybe a 14
Ah I say “but did you tell women you have larger sizes on the rails for them to buy?”
They looked bemused when I have suggested using a larger model amongst their stable of standard models in some of their advertising campaigns to show that they welcome curvy women through the door!
How else can women get the nod from a designer that they will be properly catered for? As I say on a regular basis…middle aged women are fashion literate and we have the funds to back it up! The first one to do the basic maths on this one in recessionary Britain may just find sales increase. Can it really be that simple?